Blog
Stay up to date and check out our weekly blog posts about community, wellness, and connection.
The Healing Powers of REV: Time, Sweat, Laughter, and Words 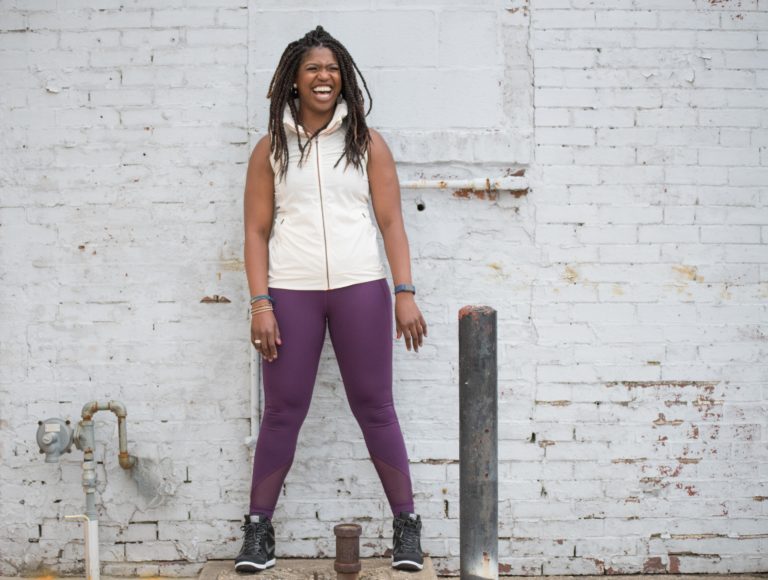 Before Chelsea found REV she was longing for something active and motivating that she could actually look forward to doing. Chelsea’s first class at REV was with Eddie. “The first thing I remember thinking was, this place looks like someone’s living room!” Chelsea joked. The welcoming and “chill” atmosphere immediately put her a little more at ease. After taking that first class, she was immediately hooked.

Her second class was with Esther, which Chelsea recalls with a smile. “I was completely caught off guard.” Yet her amazement was euphoric. “There is a point in a really good workout where you hit this waterfall of euphoria,” Chelsea said. She’s talking about that significant feeling of pushing yourself to the limit and fighting through the pain until you reach that point where bliss completely washes over you. “You get to spend the remainder of class in that place.” After Esther’s class, Chelsea felt this blissful sensation.  REV became her home.

In November 2014, REV would become home for Chelsea in a very literal sense. Chelsea lost her father on October 21st. That November, Chelsea would sign up for the REV 30 day challenge: as many classes as possible in thirty days. “That month I experienced how much pain, healing, growth, and hope one could experience while spinning in a dark room.” Through tears and laughter on the bike, REV helped Chelsea’s own healing process, a process she thought might never begin.

Not only did REV help her cope with the loss of her father, it helped her find her own potential to be an instructor by realizing the power of an instructor’s voice - the way an instructor is able to help people move through life with their inspiring rhetoric. “I am the daughter of a minister and have always been in awe of the power of speaking positively and strength into people's lives. The power of life and death lives in our words and I knew after that month that I wanted to use my words to empower others.”

This spirit and power runs through Chelsea’s family and she brings it into her own spin classes. She often goes back to that month when she was really struggling with loss and remembers how REV instructors made her feel, how they helped her through, without them even knowing. “When I get on that podium, I have the chance to speak about empowerment, healing, peace, courage and so much more to someone who might need to hear those very sentiments.” She shines her own light upon her class and shares this inner strength with those around her.

As an instructor, Chelsea is a beacon of hope and resilience. She never could have realized REV would become more than just an “intense, fun fitness class” that Chelsea once searched for on the internet. It became a true home, a true family, and REV is very lucky to have found her.

Tags: Meet Chelsea
Back to Blog
« You Are Stronger Than You Think | 5 Mistakes You Could Be Making in Spin Class »