Blog
Stay up to date and check out our weekly blog posts about community, wellness, and connection.
How To Stay Positive After A Pre-Race Injury 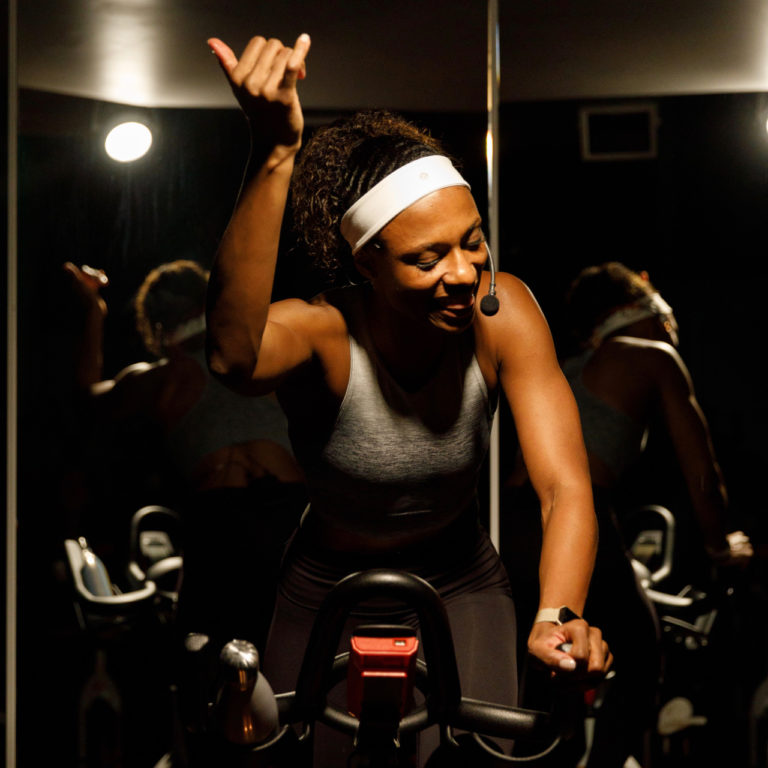 Your sights are set on a marathon that is a few months away - maybe it’s your first. You’re on a training plan, you're motivated and ready to go. A few weeks into your training, you start to feel a weird little twinge…maybe it’s in your hip or your knee or your foot. You ignore it for a while but as you keep pushing, the pain gets worse over time. With race day so close, you now have to make the hardest choice: do I run through the pain, or - after months of training - do I drop out?

This is the same decision our very own REV instructor Darryll Peterson was forced to make this past summer while she was training for the Baltimore Running Festival - her first full marathon. Darryll began training in June. “I was running about three times a week. Two short runs, one long, plus teaching spin and barre classes.”

She began to feel that twinge in June. “Right around mile 4 is when I'd start to notice discomfort in my right hip while running.” Like most runners, she tried to ignore it. And as with most runners, the pain slowly got worse. “By the end of my longer runs, I wasn't able to lift my right leg up to go from running on the street to the sidewalk. I would have to shuffle my feet to make sure I was stepping up with my left leg.” But about an hour after her runs, Darryll would feel better again creating an illusion of normality. She thought that if she could just make it through race day, she would deal with the pain and consequences later. Looking back on that mindset today, Darryll says one thing about it - “not smart.”

As Darryll approached the nine-week mark prior to race day, her hip pain had not subsided. Deep down, she knew it was risky to run the race in her current condition. But sometimes it takes another voice to convince ourselves of what we already know. Darryll was at brunch one day with her friend who was an avid runner. Her friend set the bigger picture for Darryll based on her own experience running through an injury and ending up on crutches. “I knew it didn't make total sense to run the marathon when I wasn't feeling 100%, but to hear it from someone else who was on crutches for months (to avoid hip surgery) really helped me to realize it's just not worth the potential long term damage I could cause.”

Darryll's friend told her the hardest part of being on crutches was her inability to workout at all. At this point, she knew what the right decision was. “I'm injured, but I can still manage the pain and workout. If I injured myself to the point that I wouldn't be able to be active, I would be much more upset than I am now, just not being able to run.”

Darryll made the tough choice many injured runners make - to run through the pain or to wait. After so much work put in while training, the mental side of opting out of a race is the hardest part, but Darryll remains steadfast on getting better and staying resilient. She is currently working with a physical therapist and taking care of her body with her sights set on the next race. “I've tried not to get down on myself if because I can't accomplish a goal I originally set out to do. This was a new year’s resolution and something I've wanted to do for quite a while. But reminding myself that this can still be accomplished, just not when I originally planned, has helped.”

To anyone thinking about training for a race, Darryll says this: “Take your time, give yourself plenty of time to train, listen to your body, and cross-train!” And to anyone battling an injury now, she encourages a strong grasp on the bigger picture. “Be patient. Listen to your body, and don't get frustrated. It is better to deal with the pain immediately than to wait until it gets worse and hinders your long term performance.”

The bigger picture is all about longevity. Longevity stems from taking care of your body and making the smartest decisions, even if they are the most difficult to make. With a positive mindset and a resilient heart, we know Darryll will be showing us soon just how sweet the comeback is.

Want more of Darryll? Catch her on the Brewers Hill podium Tuesday's at 7AM and Thursday's at 6:30PM. Sign up here now!