Blog
Stay up to date and check out our weekly blog posts about community, wellness, and connection.
What Dave Has Learned From 2,645 Classes 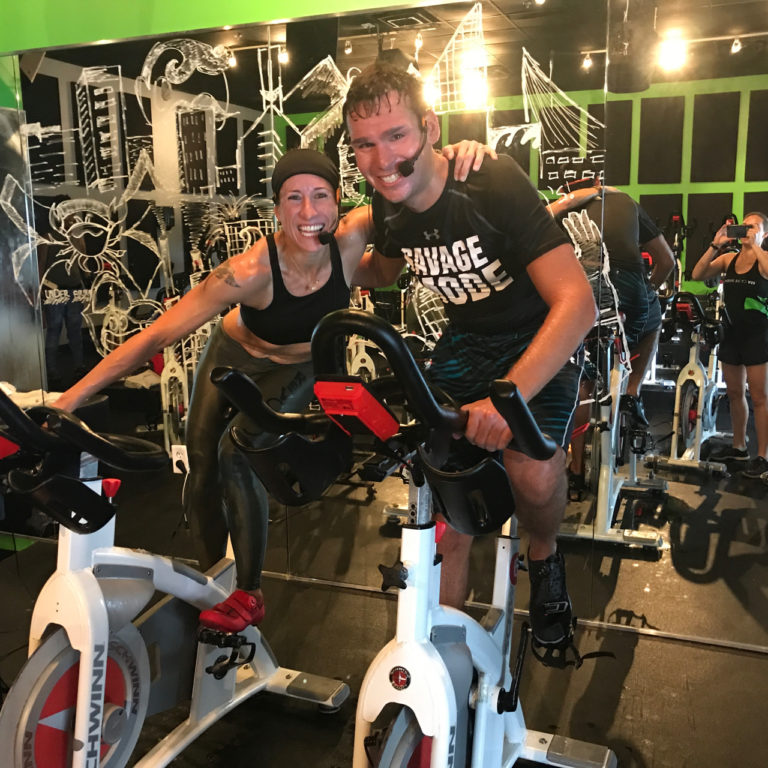 This week on the blog we are featuring our loyal client Dave Lomonico. First, we would like to commend Dave on completing 2,645 classes since his very first class on Labor Day 2014. REV is all about providing hard, physically demanding classes so when someone is taking multiple a day, we take notice! We also really want to know what his secret is, how does he keep up this schedule, and what keeps him coming back to REV! Well, have no fear, all of your burning questions will be answered by the legend himself. Read on!

Why did you start indoor cycling?

For years, treadmill workouts and pushing through various individual routines were my preference. I really wasn’t feeling the whole “group fitness” idea, as I preferred to work at my own pace, on my own schedule and to push myself as hard – or not as hard – as I liked.

But several years ago, maybe a couple years after I was out of college, my friend kept pressing me to try a cycle class. Finally, I relented and said, “Why not? I’ll give it a try just so you shut up about it (haha).” I remember my very first class, after the instructor found out I was new (I was the only new spinner that morning), she sort of laughed and said, “You’re gonna hurt.” Music to my ears. I’ve been hooked ever since. I enjoyed being pushed to my limits, I loved sweating, and I found it much more fun to do so when others around you had similar mindsets/goals.

Describe your first class at REV.

I had heard about REV when it opened and had even driven by it several times, but really didn’t think much of it since I was now into a spin routine at the previous gym I attended. A couple months later, however, another friend of mine had gone to REV via one of their grand-opening promotions and told me I had to try Esther’s class. My friend told me it would be akin to back-to-back ass-kicking spins at my current gym, so that promptly piqued my interest.

I remember I signed up for one of her Sunday morning classes, which at the time had yet to be dubbed “Church of EC.” I wasn’t sure exactly what to expect, or how it could possibly be any more difficult than some of the previous challenging classes I’d taken, but quickly realized it wasn’t just another spin class. The intensity, class design and motivational tactics -- not to mention her unique way of connecting with spinners -- were unlike anything I’d experienced before. From then on, I made sure to come back to Rev as much as I could afford.

What keeps you coming back to REV for more?

The culture and environment at REV, which begins with Esther at the top and trickles on down to the other instructors and even the clients, is unmatched. I’ve taken classes all over, and while there are other great spin instructors and spin classes, REV just has that extra-something that makes it special. It’s a tight-knit, family atmosphere; the instructors and clients connect on a personal level; and it’s a positive place where you’re constantly motivated to push yourself (on and off the bike). It’s the best part of my day, every day.

There have been a bunch, but I do have a clear favorite. I believe it was a Friday night class two years ago, right around Christmas, and it was a 90-minute theme ride with Esther; Maddi; and Chelle (come back from Columbia, Chelle!) teaching 30 minutes apiece. I believe Esther dubbed it “Three Bad-Ass Bitches” or something to that extent (haha).

But I remember I had a ton of fun throughout the entire hour-and-a-half, just with those three huge personalities coming together and putting on a show. And, yes, it was a “show.” I know we had the old Schwinn bikes at the time, and the monitors would stop working if your numbers got too high, and mine hit its limit before the end. I don’t think I’ve ever been more motivated, or had more fun, during the entirety of a 90 minute ride before.

In honor of the legend, we are doing a sequel ride. Sign up now!

What motivates you to go to 3+ classes a day?

I think I addressed this to some extent in my above answers. I love working out, I love the people at REV, I love the culture, and it’s my favorite place to be. Plus, it’s a stress release for me and a major endorphin high.

How much do you eat in a day to fuel your body for the multiple classes a day that you take?

People ask me this all the time, and I tell them, “Spend a day with me, or a weekend, and you’ll understand why I do what I do.” I like to eat whatever I want, whenever I want, so to offset that I spin…. All the time (haha).

Do you ever take a "cycle vacation"? If so, what do you do with all of that free time?

I do enjoy running, and when it’s warmer outside I take less spin classes in favor of that (although, I have a bad knee, so we’ll see how much I’m able to do this spring/summer). I also enjoy the occasional boot camp and typically do November Project once a week when the weather’s nicer.

And finally, how often do you do laundry for all of those workout clothes?

I’ve spent more money on workout clothes than I care to admit – OK, I get some stuff free from my job and this and that – but the offshoot is I don’t have to do laundry as often. Believe it or not, I typically have enough clothes where I only have to do laundry like twice a week. Maybe that’s not something I want out there, haha.

Back to Blog
« How Barbara Overcomes Obstacles | Why We REVBlast! »