Blog
Stay up to date and check out our weekly blog posts about community, wellness, and connection.
I AM An Athlete 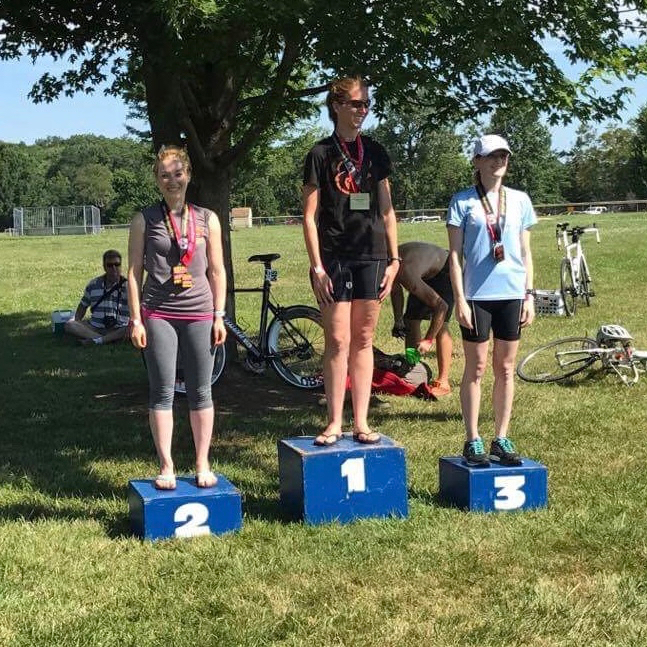 If someone said you can’t do something, would you believe them?
Today, Gaby Kahrl would call that bullshit; however, she was not always like this. Gaby joined the #REVfam in 2016. She never had much of an extensive fitness background aside from yoga. “I went to Esther’s class, and I was so invigorated,” Gaby said. Little did Gaby know that this class would be the start of an epic fitness journey - coming from a somewhat sedentary lifestyle with a large focus on academics, to a second place medal in her first sprint distance triathlon. Aside from fitness, she would begin to form life-long relationships along the way with people who inspired her to go for these seemingly unattainable goals.

Before coming to REV, Gaby admits she had a lot of negative perceptions of herself. “I’m uncoordinated, I’m not an athlete…” When she walked into REV, she was inspired by Esther who “looks like an athlete,” but was also inspired by a lot of other people in the class who “didn’t look so different from me.” Slowly, these negative self-perceptions started to fade away as Gaby realized something life-changing.

“Why should I let [those thoughts] hold me back? Why not give myself a chance in life and test the boundaries?” She began to learn that the more you test your own personal limits, the more you create space for change.

When Gaby started thinking about training for a triathlon, she asked Esther for advice. “Do you think I could do this?” She fondly remembers Esther’s response: “Hell yea, do the 70 - no, do the full Ironman… you could do anything you want!” This was the most important realization Gaby had come to since joining the REV tribe, how we, as human beings, naturally allow ourselves to be defined by what other people think of us. “Esther treats us like we can do anything and most people in our lives don’t,” said Gaby.

In other words, it is crucial to surround yourself with people who make you better while disregarding those who bring you down… those who say you can’t. “Someone once told me I sucked at sports so I just thought that it wasn’t for me,” Gaby recalled, a memory that stuck with her from years ago. One year ago, before coming to REV, she would have never thought she could do any sort of triathlon let alone finish second overall in her age group. It’s the power of support, of love, of confidence that makes all the difference. Three qualities with which REV empowers its clients, like Gaby, every damn day.

“Treat people like they can do anything and they will, treat people like they can’t and they won’t. That’s why people keep coming back,” she said.
With determination, persistence, and positivity, Gaby finished her training plan and crushed her goals. She is a true inspiration to the REV community and she represents everything REV is about. Now, Gaby is focused on her next goal - an Ironman 70.3 - because she is an athlete, and athletes never settle.

Tags: client testimonial, Gaby Kahrl
Back to Blog
« 5 Mistakes You Could Be Making in Spin Class | Why We Barre - Top 5 Reasons! »