Blog
Stay up to date and check out our weekly blog posts about community, wellness, and connection.
Kicking Cancer In The Ass... Literally 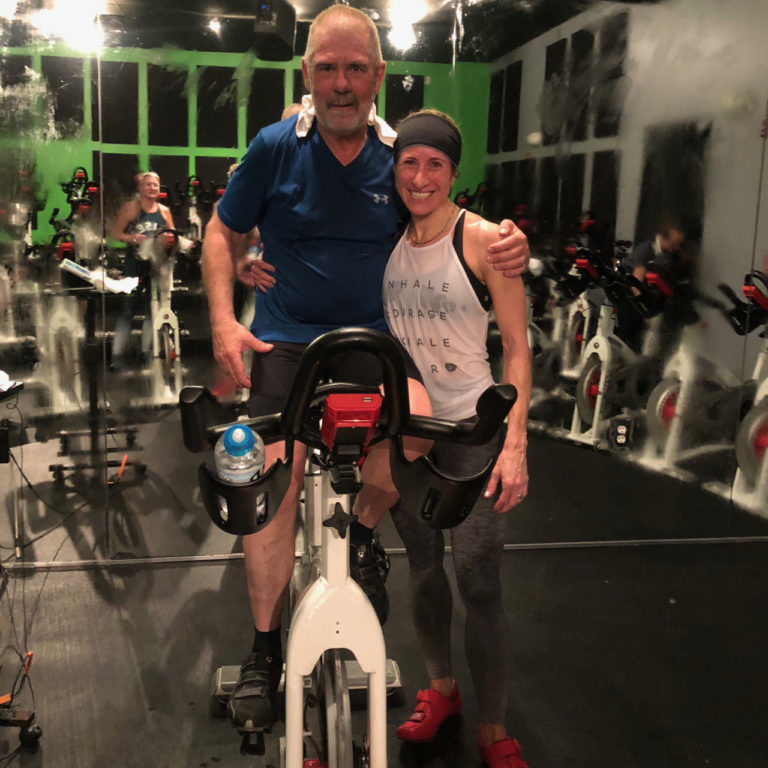 Here’s the funny thing about life - just as you may start to think everything is going well, the world seems to have fallen in place, and you have found a rhythm - something comes hurdling at you full force to mess it all up again.

Richard Gutmann has been a REV client since the spring of the studio’s opening year. After gaining a few unwanted pounds, Richard strived to get into a workout routine that would move his life back on track. And, he did - Richard eventually lost 25 pounds after coming to REV. More importantly, he had found an activity he thoroughly enjoyed and a community that helped push him to be his best and strongest self.

It did not take Richard long get on his feet and prepare for battle. “The first day I was totally bummed,” Richard said. “But the third day I was ready to conquer it.”

When life presents unforeseen obstacles, the only answer is forward. “I told myself that I was going to beat this and do what I had to do.” Richard’s unyielding resiliency to kick this cancer in the ass - literally - was what got him through. He knew it was a good prognosis and just needed to stay positive. There was never a question of “would I beat this?” It was always “I will beat this.” This mindset carried him through chemotherapy and radiation treatment, which consisted of chemo for 24 hours a day, 4 days straight, followed by 28 days of radiation. Then one more round of chemo. Total treatment was six weeks.

To the doctor’s complete amazement, Richard was back at REV within a few weeks after finishing treatment. “I was anxious to get back and see people that I’ve gotten to know. It has become a community for me. The whole tribe welcomed me back and lots of people were reaching out to show their support.”

Richard, who is turning 66 in a month, has an appreciation for life that comes with overcoming the hardest of struggles. Along with taking classes at REV, he goes on bike trips that cover hundreds of miles all throughout Europe. Last year he covered 400 miles in 8 days on one single trip. Though riding outdoors is his passion, Richard uses REV to prepare him for his hardest rides. “I push much harder in class than I would outside, therefore preparing me for more difficult rides outside. They motivate me to sweat and get off my ass.”

The value of life increases by the experiences that threaten it. Today, Richard enjoys what he loves while striving for longevity. His goal is to simply keep going for as long as possible without worrying about how fast or slow he may be. “I may be the oldest person in class, but I don’t even notice it at times. I just take pride in the fact that I’m there. I love being surrounded by people who teach us cherished lessons that cannot be taught in a classroom.” Richard is one of these people - through his bravery, his steadfast resilience, and his simple appreciation for life itself.  The REV community is honored to have him as part of the family.