Blog
Stay up to date and check out our weekly blog posts about community, wellness, and connection.
Committing to Fear - Nick's Path to Ironman Lake Placid 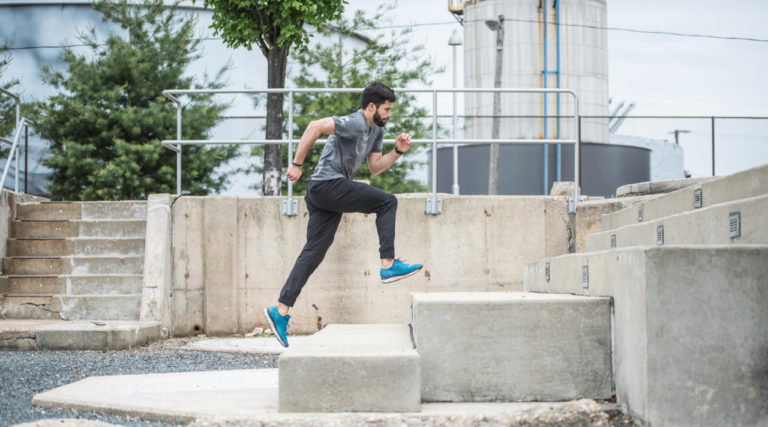 Before reading this, it’s important to remember that in the grand scheme of things what I’m about to talk about is in a way very unimportant.

I have spent the last six months getting ready for a race that terrifies me. I spend hours each week training on a bike, in a pool, and running sweaty laps around Baltimore, all in an effort to prepare myself for the Ironman Lake Placid, a grueling race composed of a 2.4 mile swim, a 112 mile bike ride and 26.2 mile run. But sometimes for me, in a world where there is so much sadness, poverty and cruelty it can be hard to reconcile spending so much time on a task that is ultimately just about me.

This post is about that, reconciling my “why” behind racing and how ultimately I’ve come to terms with my fear.
I’ll repeat myself now. The Ironman terrifies me. I’m not a swimmer by any stretch of the imagination and in fact I’m not really much of a biker, despite my job as a spin instructor. And for the last six months, I have been fixated on what might go wrong at Lake Placid at the end of July. Maybe I won’t make it out of the water. Maybe my bike will explode during the bike ride. Maybe I lose my shoes during the transition. If there is a horrible scenario that could happen, I am confident I have imagined it.

Despite all of that, one thing I haven’t imagined is backing down. This whole journey started with a challenge from some friends within my REV community and at no point, besides some late anxiety riddled nights, have I considered turning back.

I’m surrounded by people that do not give up, both at REV and in my community at large, and that mentality has rubbed off on me. REV gave me the opportunity to pursue this challenge and I’m committed to it, 100%.
Honestly, I’m not walking into this blind. I have competed a lot over the years. I was a multi-sport athlete in high school, a college lacrosse player ,and even spent some time playing lacrosse abroad with the French National Lacrosse Team. After college, I gradually got into running and have started to tackle bigger races slowly growing more and more competitive. I have always been willing to push myself to my limits, even landing myself in a med tent at the end of a marathon after passing out at the finish line.

I’m used to the dark places of races, the moments where you want to turn around or just sit down right where you are. I’ve learned how to lift myself back up from those deep recesses and carry on, despite my own certainty that I’m about to collapse.
But most importantly, what I have learned from these challenges is how to be challenged. I run and race because I think it is important, not for my race times or personal records, but for my own personal growth. That dark place I referred to during races? That exists in real life, and only through experiencing it can we learn to pull ourselves out of it. The more I push myself physically, the more comfortable I become with challenge, and as someone that is committed to pursuing justice and equality in this world, I am certain challenge is on the horizon. I’m not committed to the Ironman for the medal or to say I did it (although I know I will).

I’m committed to the growth that has come with the whole experience. I’m committed to the idea that it’s ok to be afraid. I’m committed to feeling challenged.
Anyone reading this is entitled to think this is a gross exaggeration of the significance of racing. But for me it’s not. Some people may race and explore their limits simply for the thrill, and I’ll admit that’s part of it, but it’s certainly not my main reason. Just as I imagine my back tire going flat in the middle of a race I have been confronted with situations in real life, that despite knowing the right and just thing to do, all I could imagine was the negative outcome. I can’t help but think that these last months of counting laps in the pool and seriously doubting my abilities have only made me stronger.

Now, with two weeks or so to go until the race, I’m still scared. I still wake up thinking about what could go wrong, I still worry that I’m not prepared or not good enough. But for anyone reading this, I guess that’s my whole point. Whether your goal is an Ironman, your first 5k, fighting for a cause you believe in, or standing up for a friend when you know it’s right, there will be tough places you have to fight your way out of. Only by accepting those dark spots and battling through them do we get better, and can we change our own lives or the lives of others.

My only advice to you is to get started. Don’t define your goals. Instead define your limits and then commit yourself to surpassing them.
We all get to be scared of something (whether that’s something physical or not), but if committing myself to a singular goal has taught me anything over the last six months, it’s to just get started and to battle through the dark moments.

Getting to the start line of an Ironman won’t suddenly make me the fearless crusader I have always hoped to be, but the journey has been an unbelievably valuable one and I’m excited for the version of myself that will arrive at that start line on July 23. I think that version will have a lot to offer the world.

Tags: Nick
Back to Blog
« Teamwork, Competition and the Art of Balance | You Are Stronger Than You Think »