Blog
Stay up to date and check out our weekly blog posts about community, wellness, and connection.
REV's Very Own 'Wonder Woman' 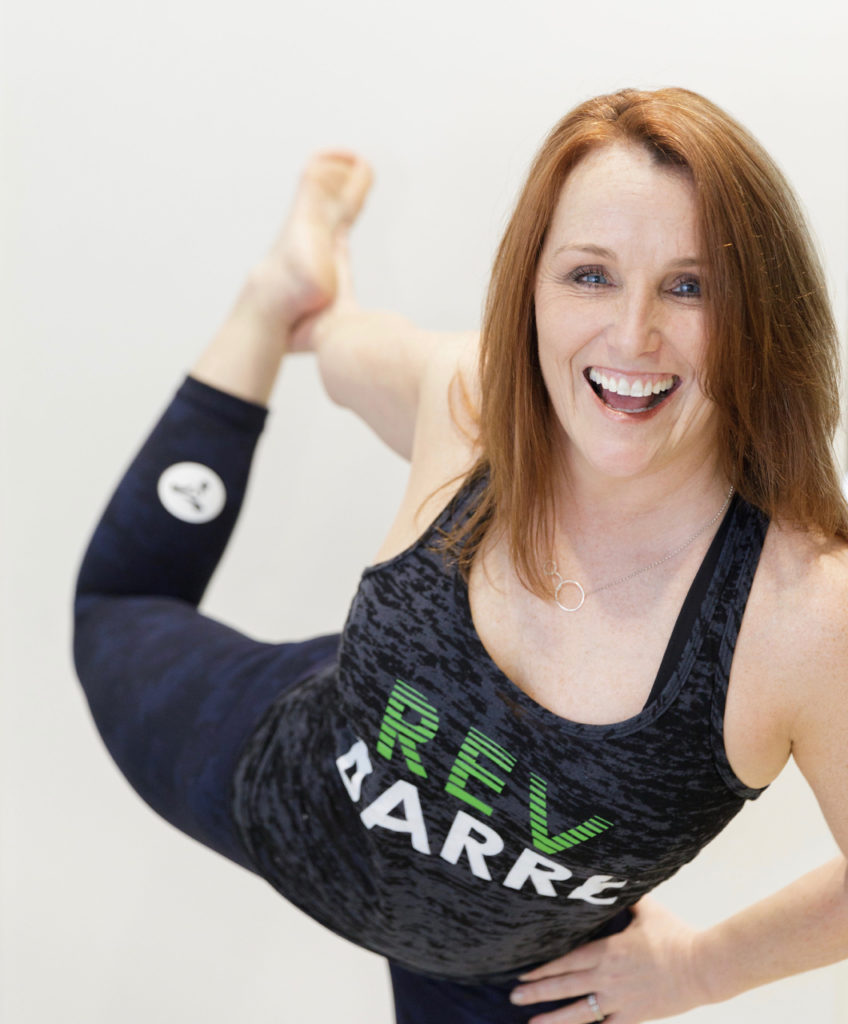 While Wonder Woman may have hit $822 million at the box office this year, REV Cycle Studio has its own real-life Wonder Woman who remains Baltimore’s best kept secret - her name is Janet Roa.

As we celebrate Janet’s 50th birthday this year, age is truly just a meaningless number because REV’s Wonder Woman does not look, act, move, sound, or live a day over 30. In fact, Janet did not start getting into fitness until she hit her 30s, when she slowly took up running. Over the next few years, Janet went from running 5Ks to full marathons and triathlons. When she was 43, she got her certification to teach spin and soon after completed her barre training. “Told you I was a late bloomer!” Janet said.

“Late bloomer”, “superhero”, “bad-ass-boss-lady” - call her what you want, but Janet sets the tone for all women who believe age has no limit on their goals. Instead of giving up when something no longer works for her body, Janet demonstrates the art of adjusting to obstacles that come with time; for example, when running became too hard on her joints (as it commonly does for most people) she adjusted her fitness routine to a more athletic style form of cross training. This routine included spin and barre. She also incorporates yoga into her weekly routine “to reset, refocus and give my muscles the much needed lengthening they need.” Janet has learned to connect with her own body; she knows how to treat it kindly and graciously, and have an unyielding appreciation for what she can do. “Be nice to your body, be kind to your reflection because if you're lucky you'll be together for a long, long time.”

“Esther’s never settle attitude is contagious,” Janet said. So, just before REV’s grand opening, Janet created the very first REV60 Barre class and brought it to REV.  REV60 Barre was 30 minutes of cycle and 30 minutes of barre which is now called Bike, Barre & Bubbles. REV60 Barre later turned into BARRE60, then BARRE45, BARRECardio, and a full schedule of classes that you see today. “Without Janet, REV would not have barre. Janet has been instrumental in the development of the program and kicking it into high gear as our Barre Coach in 2016,” Esther explained. “My favorite part about being an instructor is the ability to truly be me,” Janet says. As she trains her protégé’s, Janet fully embraces the REV culture in which each instructor brings something unique and valuable to class, and there is no “mold” that they need to fit into.

As if Janet had not already taken huge strides in her life, REV inspired her to make a complete career shift at the age of 48 from Occupational Therapy to Canine Rehab. “I second guessed myself many times in the process… I think REV was a huge part in my willingness to stick it out,” Janet said. “When you work at REV you are constantly surrounded by people doing amazing things, going for it, changing it up, taking scary chances...that shit is catchy!”

Despite her own self-created courage and motivation, her biggest source of motivation comes from her three sons: AJ, Sam, and Luke. Among everything else, Janet is inspired to be the most healthy, active, and capable mother for her boys. “I strive to be a role model for them that quite honestly girls ROCK and you should be so lucky to run like a girl,” she said. While many of her peers were married with kids right out of college, Janet illustrates again how time and age are irrelevant in the face of love, strength, and pure determination. “I remember so vividly when AJ was born thinking, Oh my GOD I'm going to be 50 when this kid is 12… Well, here we are and they continue to motivate me to never slow down.”

Upon turning 50, Janet feels like “it just doesn’t fit.” Probably because it doesn’t. Janet is breaking all barriers and all norms when it comes to 50th birthdays as she is not only excelling in own her life, but inspiring the entire community around her. Janet is not dreading this birthday, like most people would, but she is accepting it with a positive outlook as she sees every other part of her life. “I think I will look back at 50 as one of the best times of my life, raising my sweet boys with a great husband, work I'm passionate about all in a city I believe in and adore,” Janet said.

Though she appears invincible, REV’s Wonder Woman attributes her accomplishments to REV’s overwhelmingly supportive community as well as her husband, Daren. “He is my rock, my best friend, my sounding board, my partner in crime.” Without Janet, REV would never be what it is today. Her constant smile and never-ending positive energy will warm the heart of any client who walks through the door. She illustrates the exact attitude and tenacity that reflects everything REV values. She shows how when you believe in yourself, love yourself, and drop any notions of what society says is possible or not, you are capable of anything. So if you haven’t seen Wonder Woman in theaters, come take a REV Barre class with Janet - you’ll leave feeling that much more empowered.